Watch the video and do the tasks
https://en.islcollective.com/video-lessons/finding-love

Today, you are writing a test.
Send your completed test to my email.
Choose Past Simple, Past Perfect, Past Perfect Continuous, - ing form, to-
infinitive or infinitive without to.

24. Rita _______ for a year and she was very fit when her ex-boyfriend met her.
a) had been training
b) has had training
c) had trained
Автор: Ирина Толстова на 10:04 Комментариев нет:

2.    Then watch the video.
https://learnenglishkids.britishcouncil.org/ru/video-zone/plastic-ocean-campaigner


1.     Do the preparation task first.
https://learnenglishkids.britishcouncil.org/video-zone/small-talk-bullies

Monday, the twenty-fifth of MayLaw and Order

Reading and Speaking Skills. Use of English
I. Do the task, review the words on the topic Law and Order.
https://www.liveworksheets.com/xj401026yn. At the bottom of the page
press the button Finish and check your results.
II. Ex.1 p.42 – Read the text below and look up all the unknown words.
Underline the key words. For every text 1-4 choose the right sentences
and write the appropriate letter (A, B, C, D or E) in the table. One
sentence is extra. 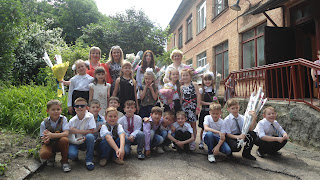 I. Ex.1 p.41 – Read the text and look up all the unknown words. The, read
the text again and mark the sentences True or False.
II. Write 3 sentences in your copybooks you liked the most. Write 5
collocations adj+noun (eg. First story…). Write the synonyms to the words
story, popular, turn out, deal with, luxury in your copybooks.

Home Task – Make a screenshot of the tasks in your copybook and send
on my email.
Автор: Ирина Толстова на 07:41 Комментариев нет:


The Portuguese Empire was the earliest and longest lived of the modern European colonial empires. It spanned almost six centuries, from the capture of Ceuta in 1415 to Macau's return to China in 1999. Portuguese explorers began exploring the coast of Africa in 1419, leveraging the latest developments in navigation, cartography and maritime technology searching for a sea route to the source of the lucrative spice trade. In 1488, Bartolomeu Dias rounded the Cape of Good Hope, and in 1498, Vasco da Gama reached India. In 1500, Pedro Álvares Cabral added Brazil to Portugal's "discoveries."
As skilled Portuguese sailors explored the coasts and islands of East Asia, a series forts and trading posts soon followed. By 1571, outposts connected Lisbon to Nagasak. The empire was now global, and a source of great wealth. Between 1580 and 1640, Portugal was Spain's junior partner in the Iberian Union. Although the Spanish and Portuguese empires were administered separately, Portugal's became the subject of attacks by the The Netherlands (engaged in a war of independence against Spain), England, and France. Unable to defend the network of trading posts and factories, the empire went into decline. The loss of the largest and most profitable colony, Brazil, in 1822 as independence movements swept through the Americas, was a blow from which Portugal and its empire never recovered.
The Scramble for Africa from the late nineteenth century gave Portugal a handful of African colonies. After World War II, Portugal's right-wing dictator, António Salazar, desperately tried to keep the Portuguese Empire intact as other European countries were withdrawing from their colonies. In 1961, the Portuguese Goa was unable to prevent Indian troops from annexing the colony, but Salazar began a long and bloody war to crush independence movements in Africa. This unpopular war lasted until the military coup of April 1974. The new government immediately recognized the independence of all colonies exceptMacau, which was returned to China in 1999, finally ending the Portuguese empire. The Community of Portuguese Language Countries (CPLP) is the cultural successor of the Empire. On the one hand, the Portuguese Empire, like most imperial projects, was exploitative and oppressive. Former colonies inherited economies designed to benefit Portugal, while few indigenous people had been equipped to lead their own state. On the other hand, Portugal's empire did much to create cultural and linguistic links across the globe, helping to nurture consciousness that in the end all humans occupy a single planetary home, which, if not kept healthy and sustainable, will become our common grave. Their explores helped humanity to realize that the world is one by mapping and charting its seas and continents.

The Portuguese Reconquista culminated in 1249, with the conquest of the Algarve by Afonso III, setting the Portuguese borders which have lasted nearly unchanged to this day. Throughout the fifteenth century, the Crowns of Aragon and Portugal expanded territorially overseas. The Aragonese Empire, which had accomplished its Reconquista in 1266, focused on the Mediterranean Sea while the Portuguese Empire turned to the Atlantic Ocean and North Africa. The Kingdom of Castile did not complete the conquest of the last Moorish stronghold at Granada until 1492.
There were several reasons for Portugal to explore the unknown waters to its south and west. As a Catholic kingdom, Portuguese monarchs saw it as their duty to spread Christianity and destroy Islam in the process. The legend of the long-lost Christian kingdom of Prester John located somewhere in the Orient provided hope that, if it could only be reached, Islam could be encircled by Christian forces. At the same time, reaching the Orient would allow Portugal to tap into the source of the lucrative spice trade, bypassing the long overland route that the Venetians had a stranglehold on at its entry point to Europe. Portugal's long coastline and geographical location on the edge of Western Europe, hemmed in by the Spanish kingdoms to its east, and maritime experience, meant that the most promising route to achieving its goals was to find a sea route to the Orient.
Portugal began in 1415, by crossing the Gibralter and capturing Ceuta from the Moors, who unsuccessfully attempted to re-take it in 1418. In 1419, two of Prince Henry the Navigator's captains, João Gonçalves Zarco, Tristão Vaz Teixeira and Bartolomeu Perestrelo were driven by a storm to Madeira. In 1427, another Portuguese captain discovered the Azores.
In an expedition to Tangier, undertaken in 1436, by King Edward of Portugal (1433-1438), the Portuguese army was defeated and only escaped destruction by surrendering Prince Ferdinand, the king's youngest brother. By sea, Prince Henry's captains continued their exploration of Africa and the Atlantic Ocean. In 1434, Cape Bojador was crossed by Gil Eanes. In 1441, the first consignment of slaves was brought to Lisbon and slave trading soon became one of the most profitable branches of Portuguese commerce. Senegal and Cape Verde were reached in 1445. In 1446, António Fernandes pushed on almost as far as present-day Sierra Leone.
Meanwhile, colonization continued in the Azores (from 1439) and Madeira, where sugar and wine were now produced by settlers from Portugal, France, Flanders and Genoa. Above all, gold brought home from Guinea stimulated the commercial energy of the Portuguese. It had become clear that, apart from their religious and scientific aspects, these voyages of discovery were highly profitable.
Under Afonso V, the African (1443–1481), the Gulf of Guinea was explored as far as Cape St Catherine, and three expeditions (1458, 1461, 1471) were sent to Morocco. In 1458, Alcácer Ceguer (El Qsar es Seghir, in Arabic) was taken. In 1471, Arzila (Asila) and Tangier were captured.
In 1474, an explorer named João Vaz Corte-Real received a captaincy in Azores because he discovered Terra Nova dos Bacalhaus (New Land of Codfish) in 1472. Some claim this land is Newfoundland. Whether or not this is actually the case is difficult to ascertain, as Portuguese secrecy about the discoveries means that very little evidence remains. The dried cod became a vital economic commodity and a staple of the Portuguese diet.
Afonso V of Portugal claimed the Castilan-Leonese throne when he married Joan, Princess of Castile, but Isabella proclaimed herself queen. The Treaty of Alcáçovas, signed in 1479, gave exclusive navigation to Portugal of the sea below the Canary Islands and the Portuguese then recognized Isabella as queen of Castile.
Under John II (1481–1495), the fortress of São Jorge da Mina, the modern Elmina, in Ghana, was founded for the protection of the Guinea trading and became Portugal's West African headquarters until 1637. Diogo Cão discovered Congo in 1482 and reached Cape Cross in 1486. In 1488, Bartolomeu Dias rounded the Cape of Good Hope. The passage to the Indian Ocean was open.